Sports senior pictures are an opportunity to capture the activities and achievements that played an important part in shaping who a senior has become. We love finding ways to include these in sessions! For Garrett, sports were a big part of his life. He had great ideas about how to incorporate wrestling. We even talked him into including some of the medals he had won.The wrestling part of the session we decided to do in the studio. We pulled a dark backdrop to pop Garrett’s fair hair and skin and the white on his uniform. Then did a contrast by placing him on solid white. It was fun trying both perspectives, especially because Garrett did such a great job in front of the camera! The football part of the session was a little bit more tricky as it was absolutely pouring rain outside! We decided to not only brave the weather, but to use it as we photographed. We put plastic bags over the equipment and headed down to the alleys below the studio. We backlit Garrett and were so happy with the results! The pictures captured the rain and froze it as it fell, highlighting Garrett in his jersey and jacket. Not the weather we would have wished for, but what an odd blessing in the end!

It was very nice meeting Garrett and his family. We so appreciated his enthusiasm and sense of style, not to mention his willingness to brave the rain with us! And a big thank you to Mikayla for letting us conscript her into a picture with her brother! 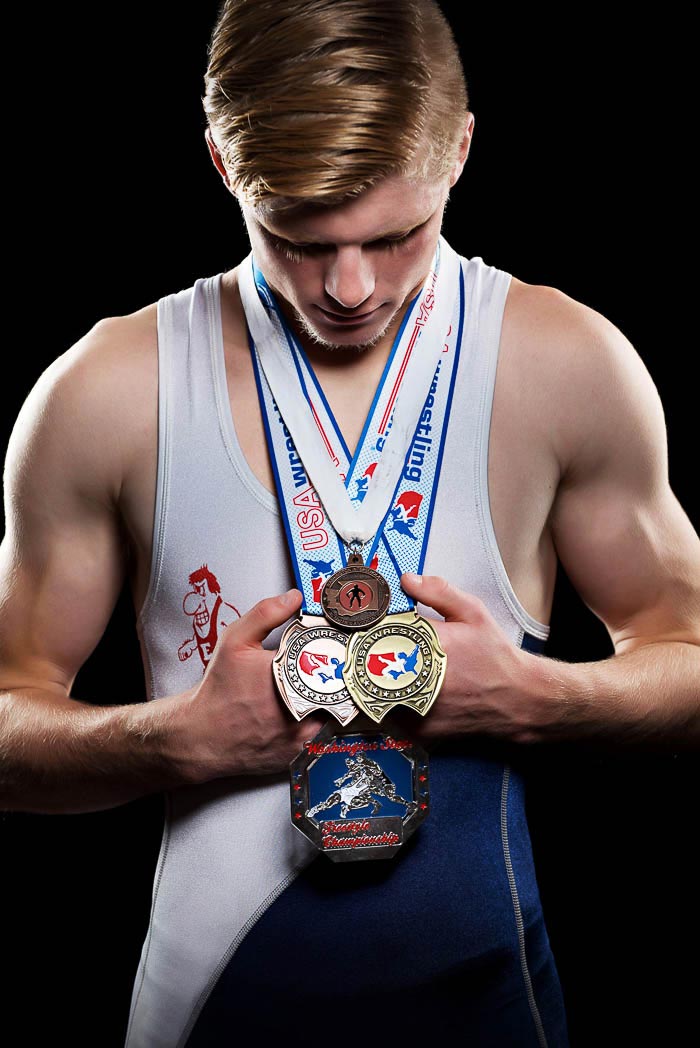 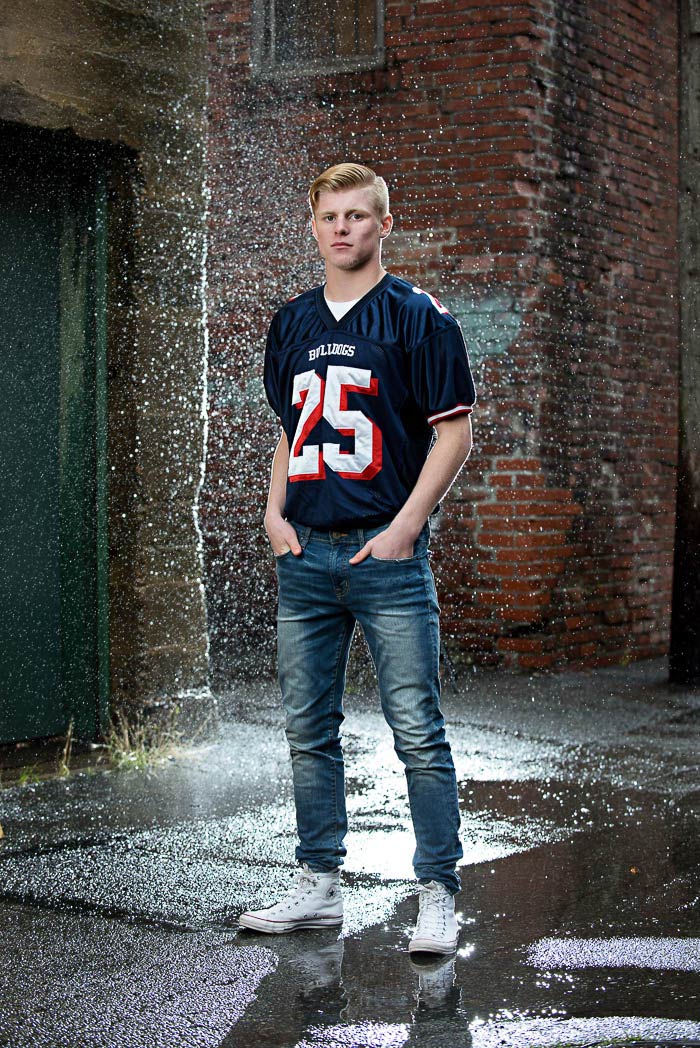 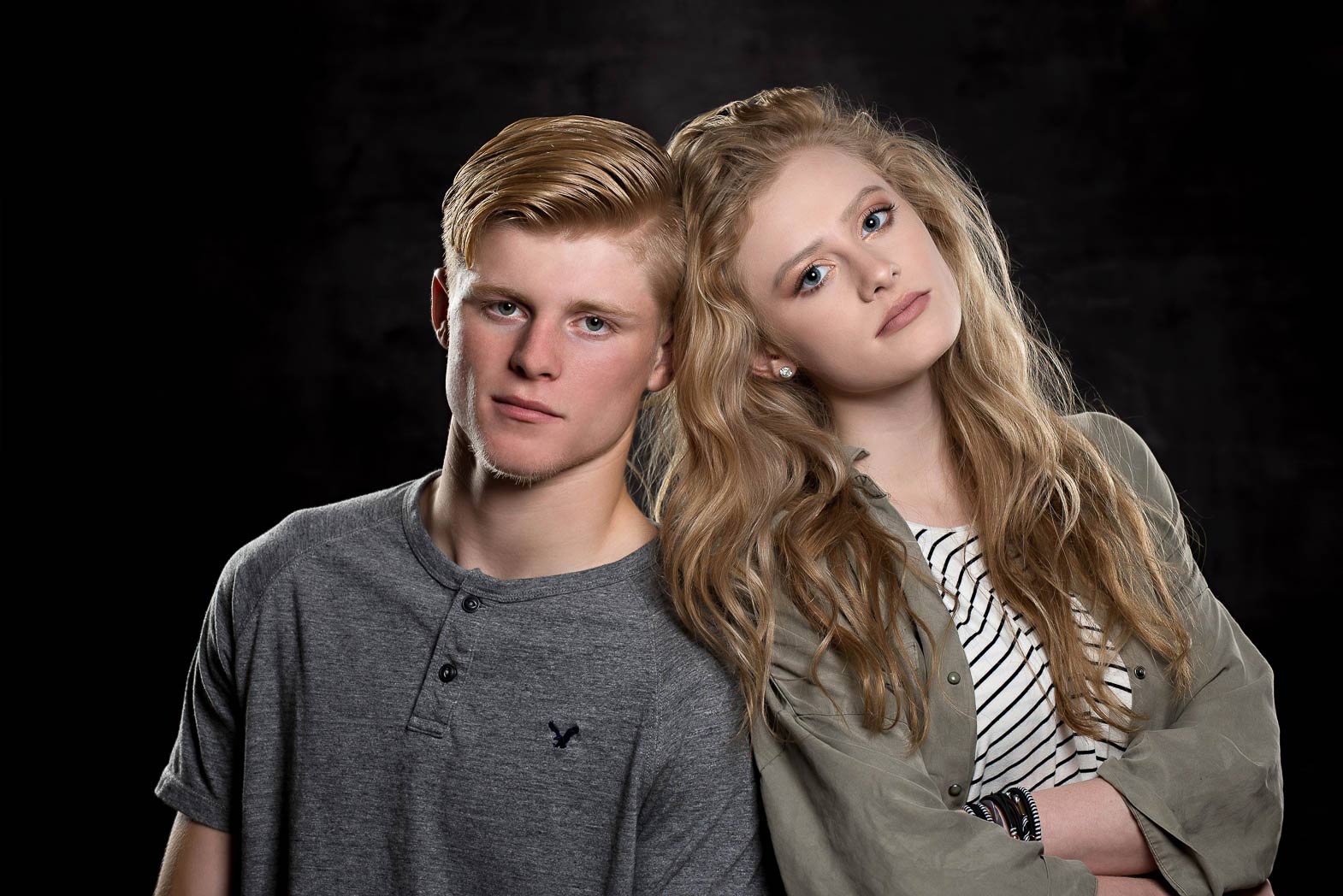 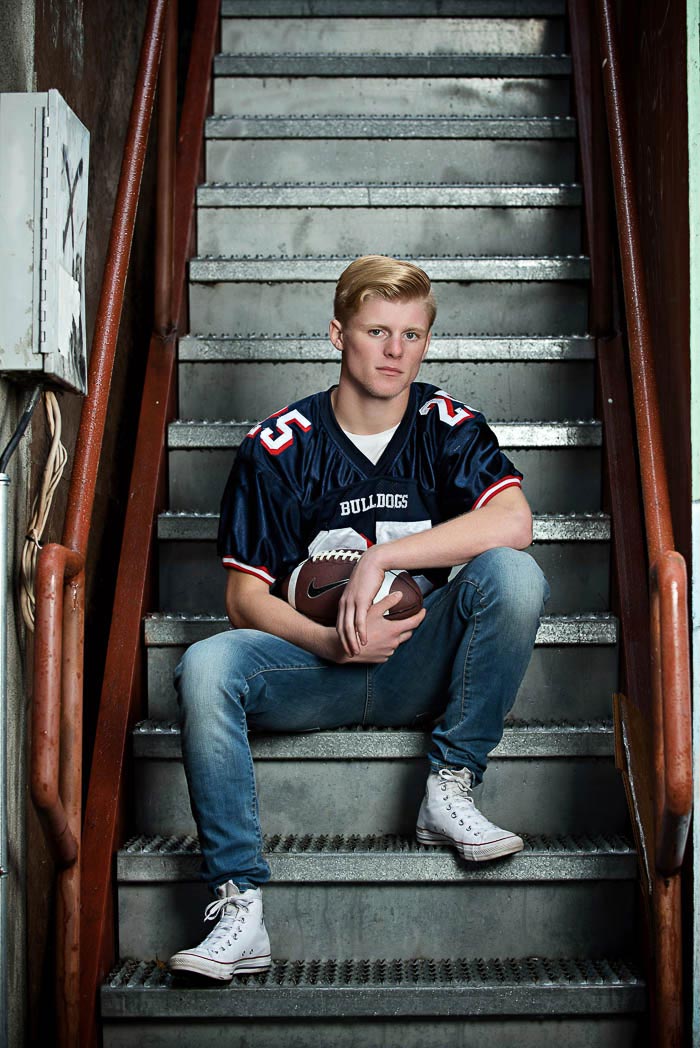 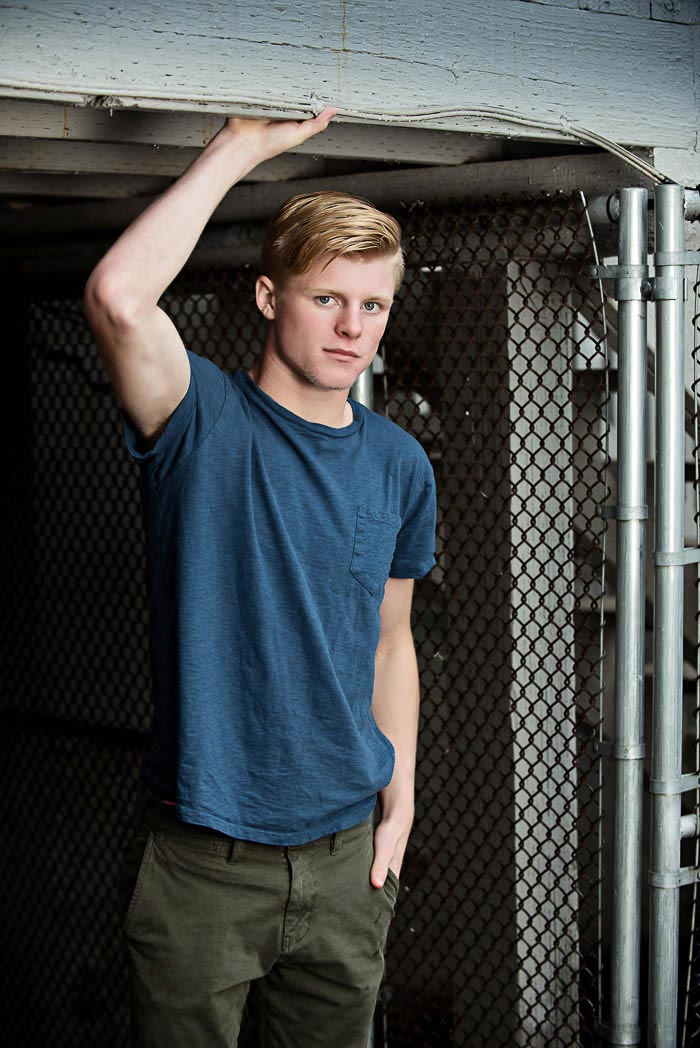 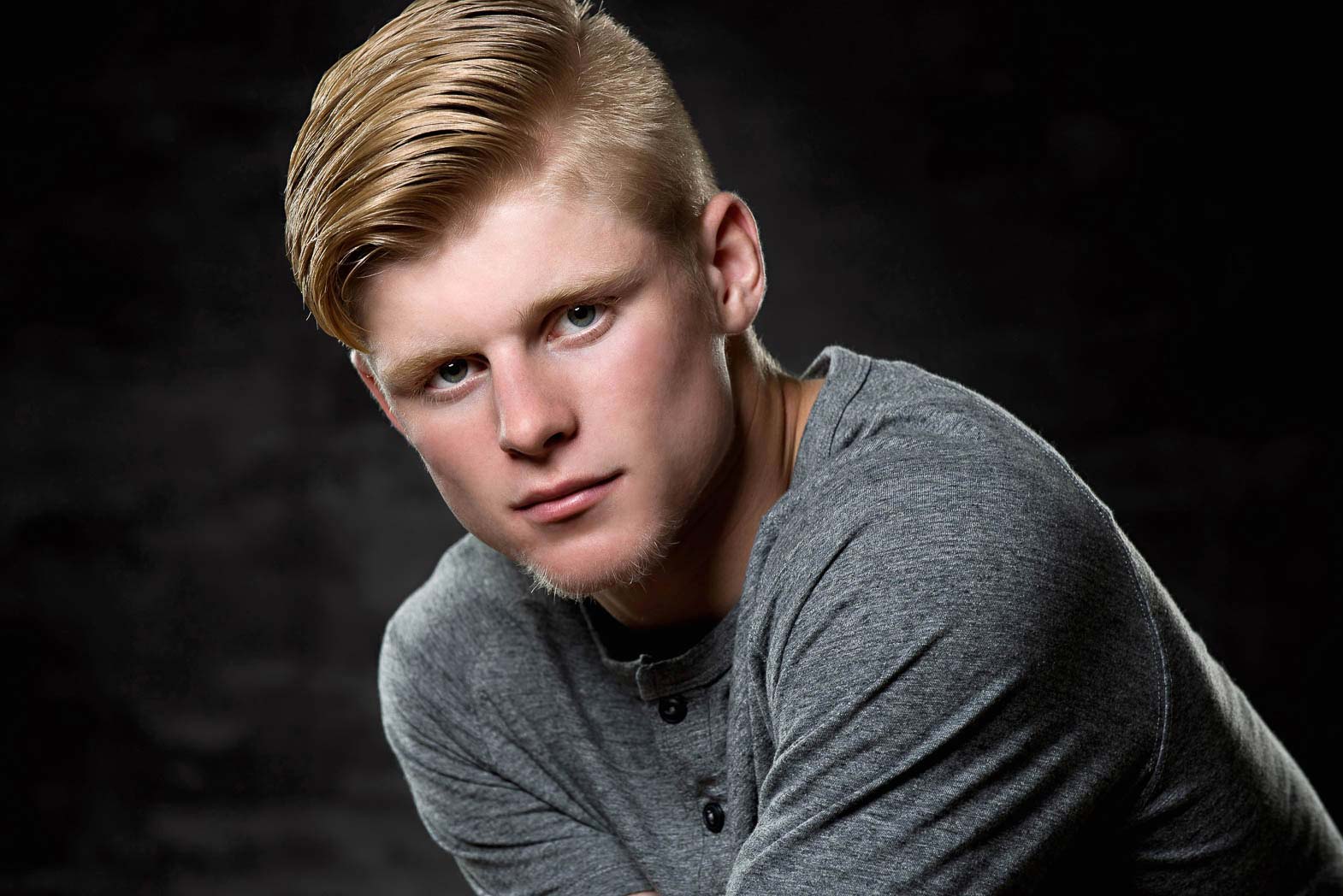 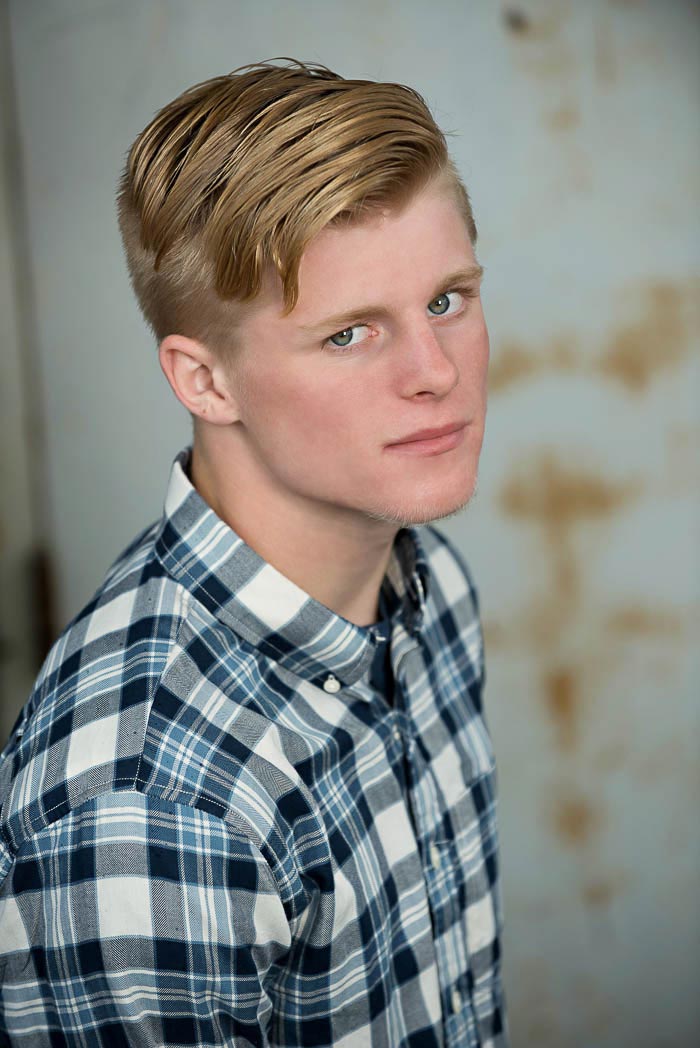 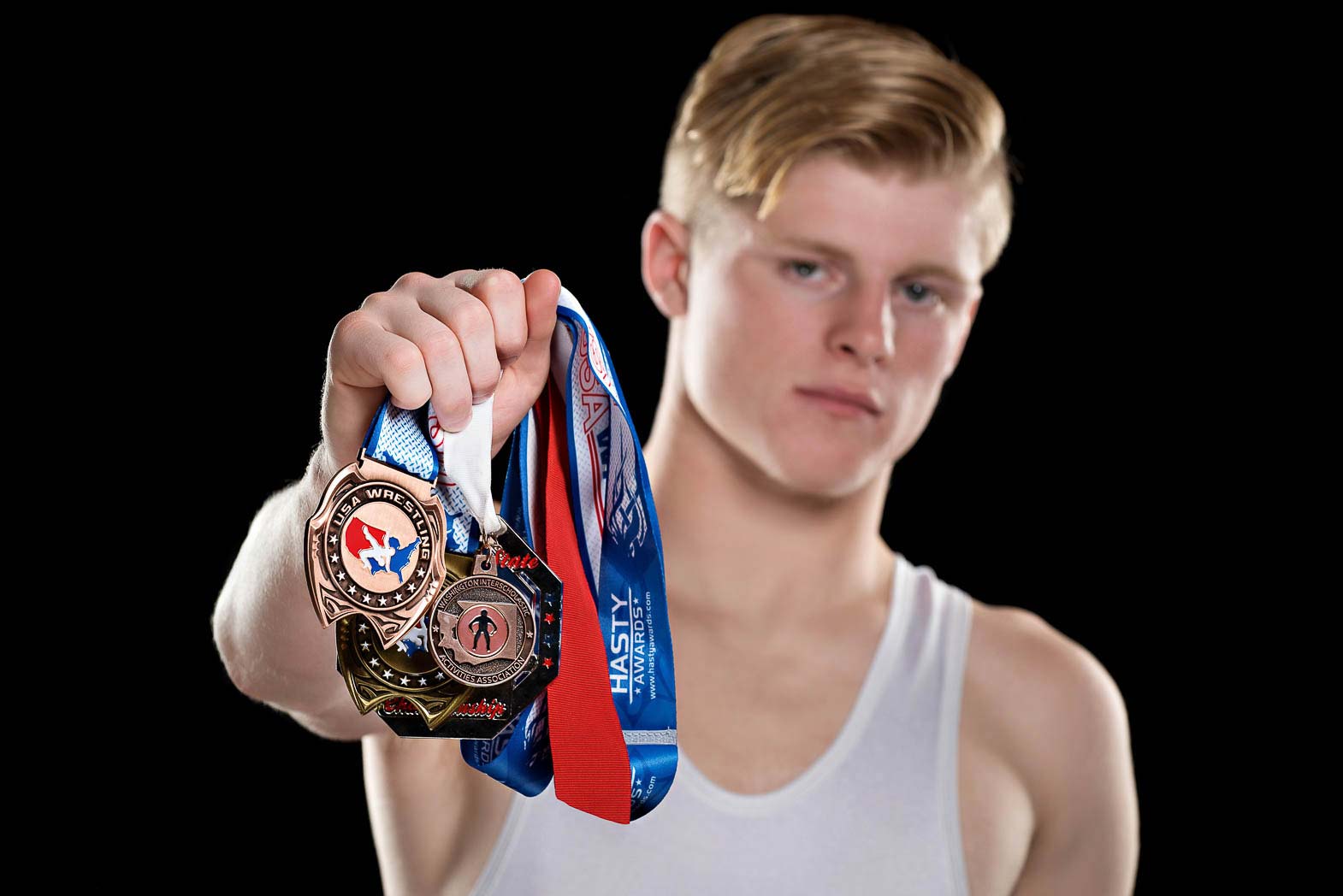 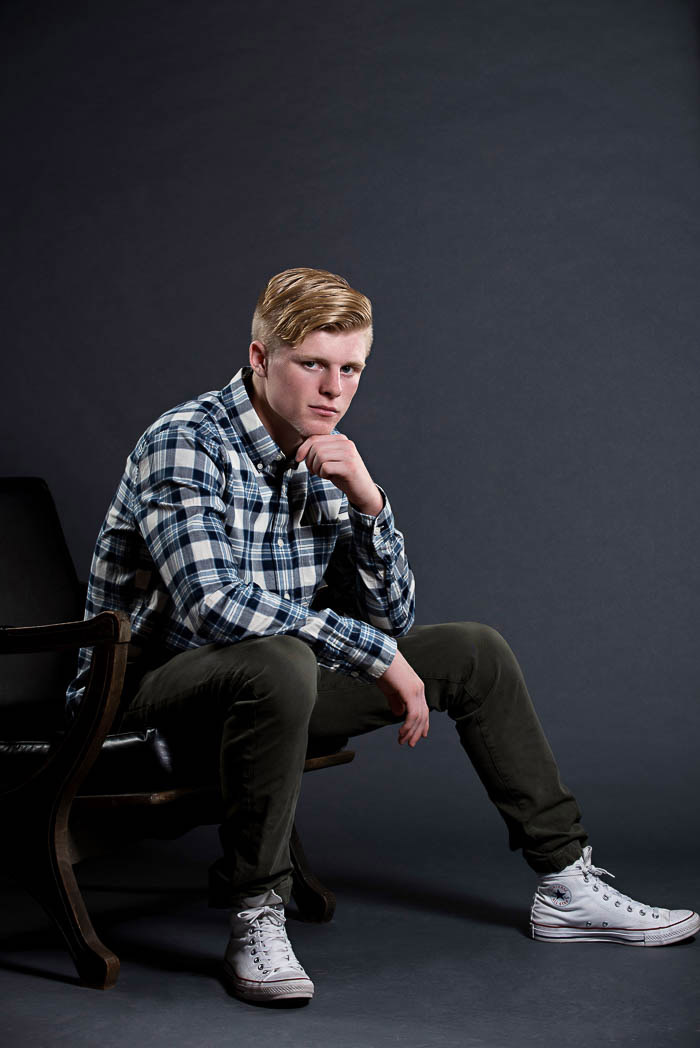 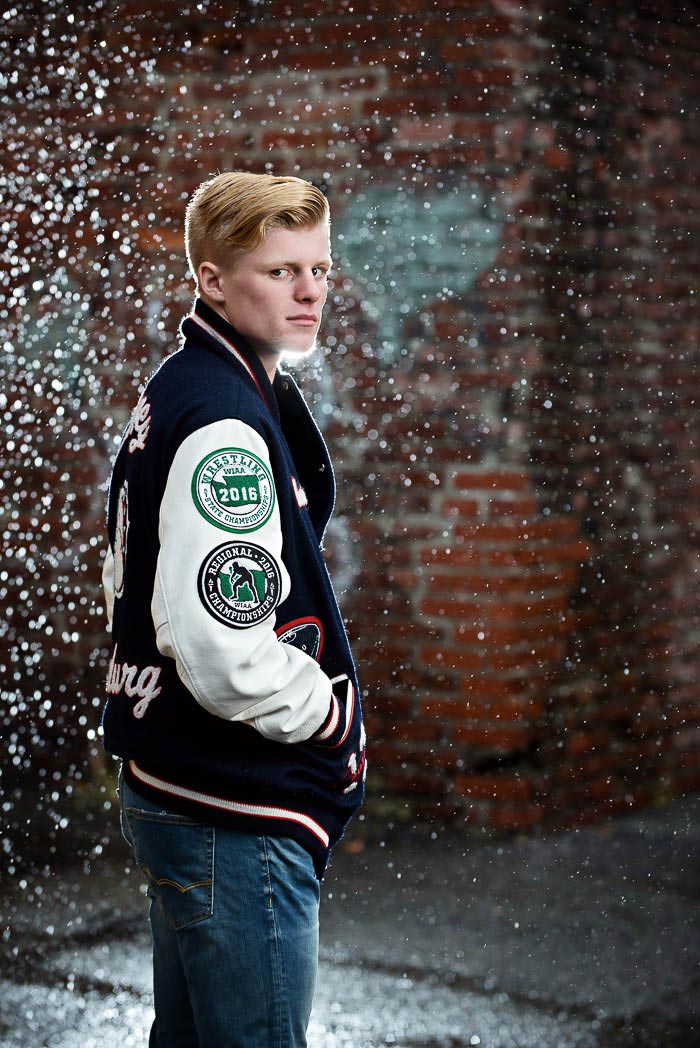 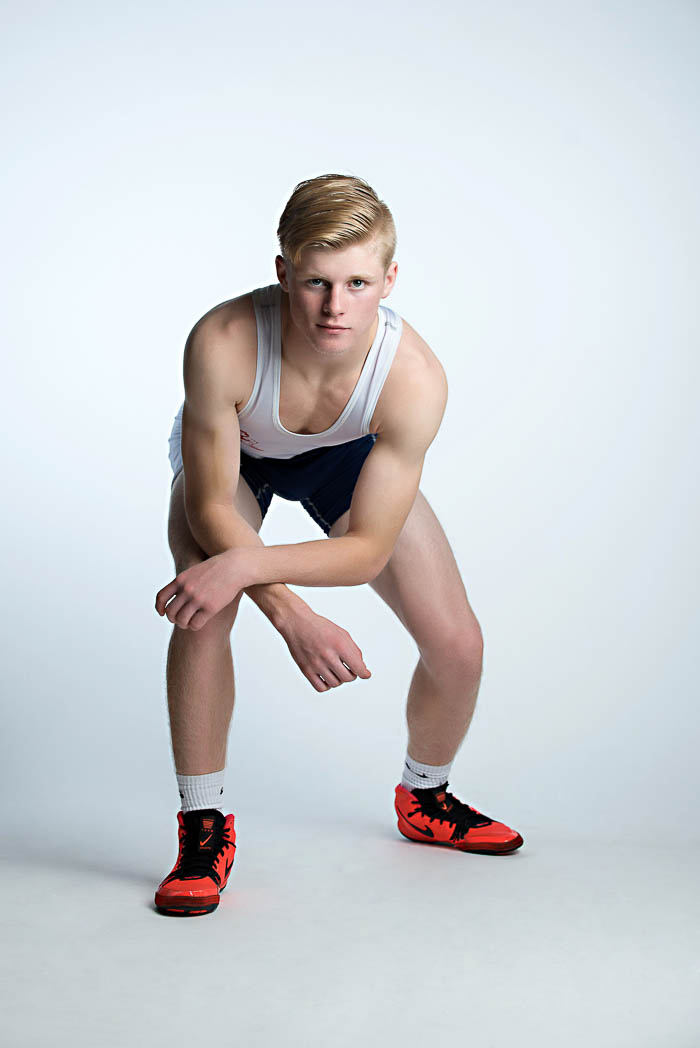