This model shoot was planned to be a celebration of spring! We decided to use only two models for this shoot and to have them wear three different outfits each, which is something we hadn’t done before. The first step was creating a large set inside the studio that was composed of flowers and foliage. This turned out to be much more difficult than we thought!

It all started out as such a lovely creative vision, a backdrop of natural beauty to showcase the beauty of two of our models. We planned to use floral prints in the models’ clothing to play with the idea of blending and almost camouflaging the girls with the background. A kind friend allowed us to cut a couple truckloads of brush and flowering trees from her property. Then, we hauled it all upstairs to the studio. (Anyone who has visited our studio via the staircase from hell understands the significance of that statement!)

Then, we pulled down a vibrant orange background, set a large chain-link frame onto it and began adding the foliage piece by piece until the fence was covered. It looked great!… until we did test shots. UGH. Our celebration of spring had morphed into something closer to a dismal Sleepy Hollow! We diligently tried lighting strategies to bring it back to what we envisioned, but the Halloween vibe was just not going away!

Failure is interesting. Intellectually, it’s easy to embrace failure. We understand that it provides opportunities to learn, grow, and evolve into, well, more evolved kind of people. However, we must note that embracing failure philosophically is much easier than actually experiencing the failure! Doing failure is DIFFERENT.

Next step: moderate to severe panic! We had waited until right before the shoot to make the set because we didn’t want the cut plants to wilt. So there we were, a day away from the model shoot with models, wardrobe, two hair and makeup stylists, not to mention the three of us, all scheduled weeks in advance and we were just standing there staring at our truly hideous backdrop.

We then spent a few minutes pointing out our “deficiencies”. You know what I mean. In this case it sounded like, “What were we thinking!? We’re not good at flowers, or crafts, or other stuff -both relevant and not relevant.”

Finally, sufficiently caffeinated, we were ready to look for solutions.

Our biggest problem was that the orange backdrop was not going to work. However, the fence with all the foliage was now too heavy to move off the paper so that we could pull down a different color! Have you ever seen that cool trick where someone quickly yanks a tablecloth out from under all the dishes on a table without breaking anything? Well, that’s what we did. Except without the cool yanking thing. We removed the orange inch by awkward inch and then replaced it with the white in the same painstaking manner. At this point, we’re both well outside of any kind of creative flow. We were just crawling around on the floor trying not to start laughing because the whole thing would fall on us and nobody would find us until morning! It was all worth it though. The white was already a big improvement.

Now we headed for the prop room. I can’t say I ever thought I’d be typing the phrase, “Thank God for fake flowers!” but here I am, doing exactly that. Back in the farthest corner of the room, on the highest shelf were our giant boxes of fake flowers. We blew off the dust and proceeded to add the whole colorful hodgepodge to our muted natural foliage. Amazingly, it worked! The backdrop began to look like a hedgerow filled with summer flowers. Better yet, we were thrilled with the way it photographed. (And, the models loved it as well!)

Our mini catastrophe ultimately gave us a good laugh. It also served as a reminder that creativity isn’t always a straight line flowing from vision –  to excellent planning – to efficient execution. Sometimes, creativity is just a big fat mess that manages to turn itself into something wonderful! 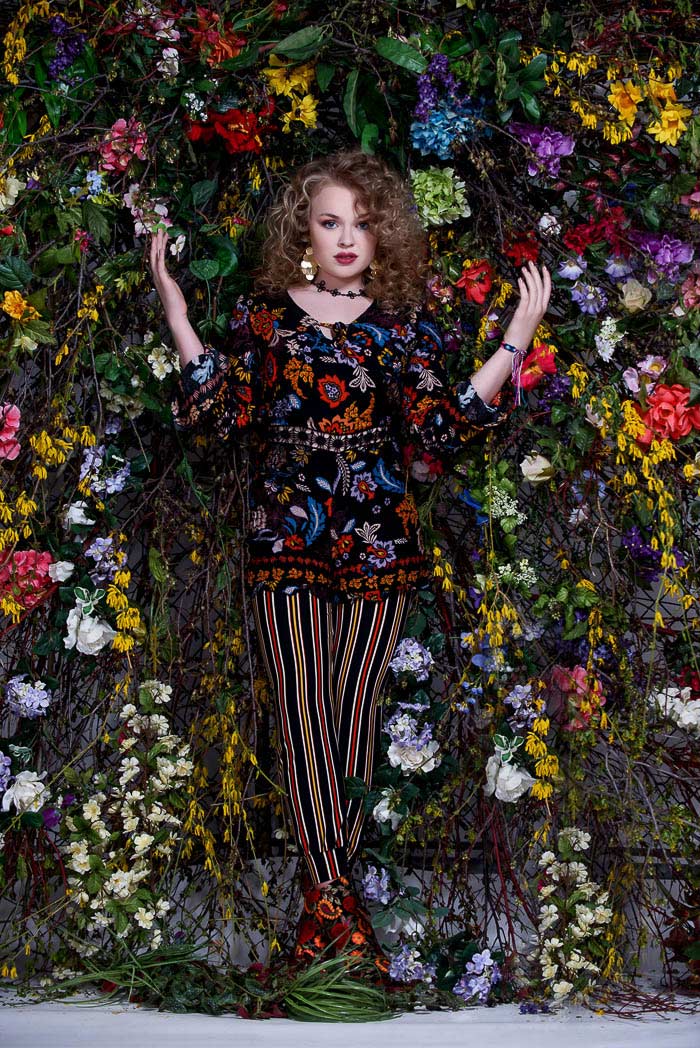 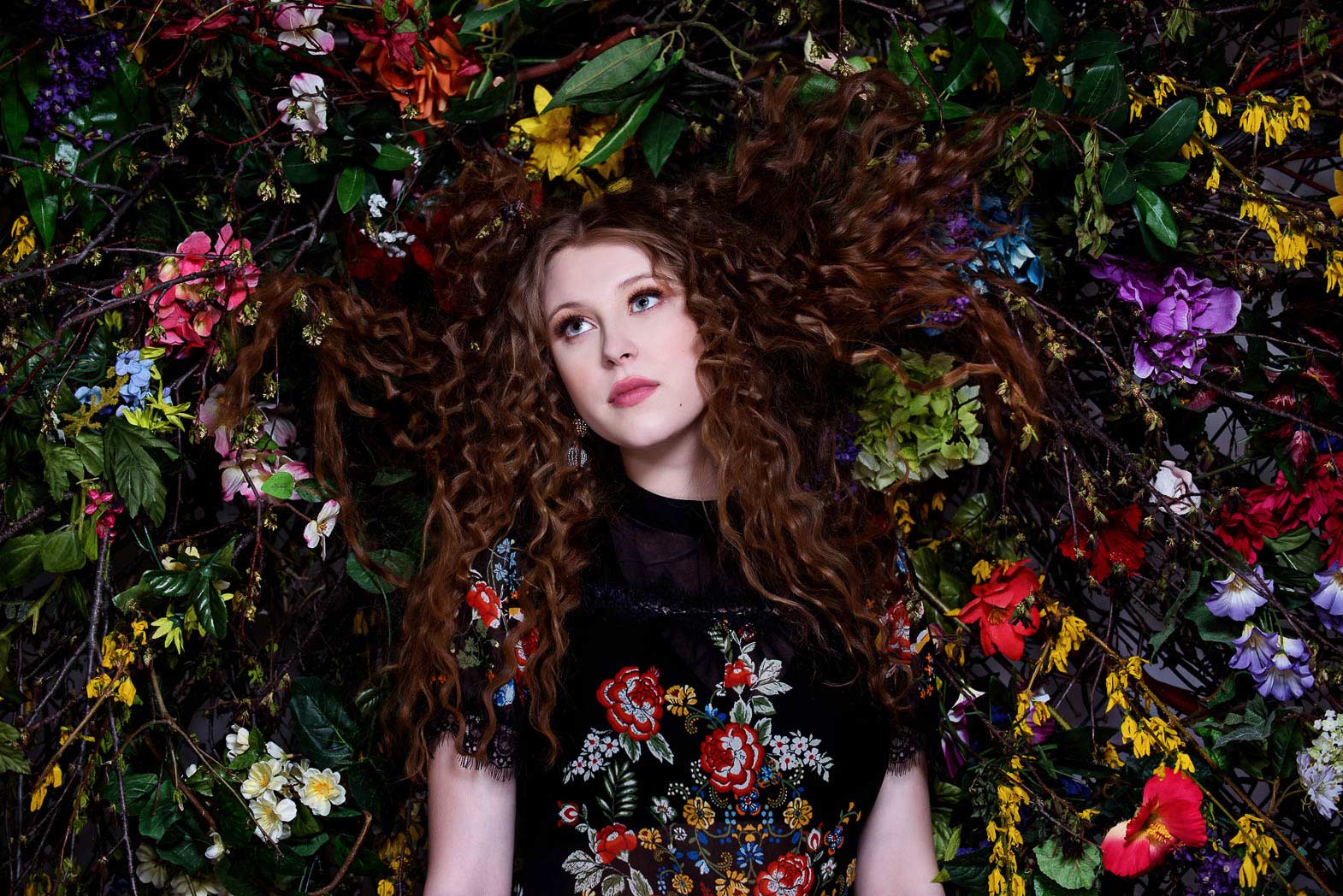 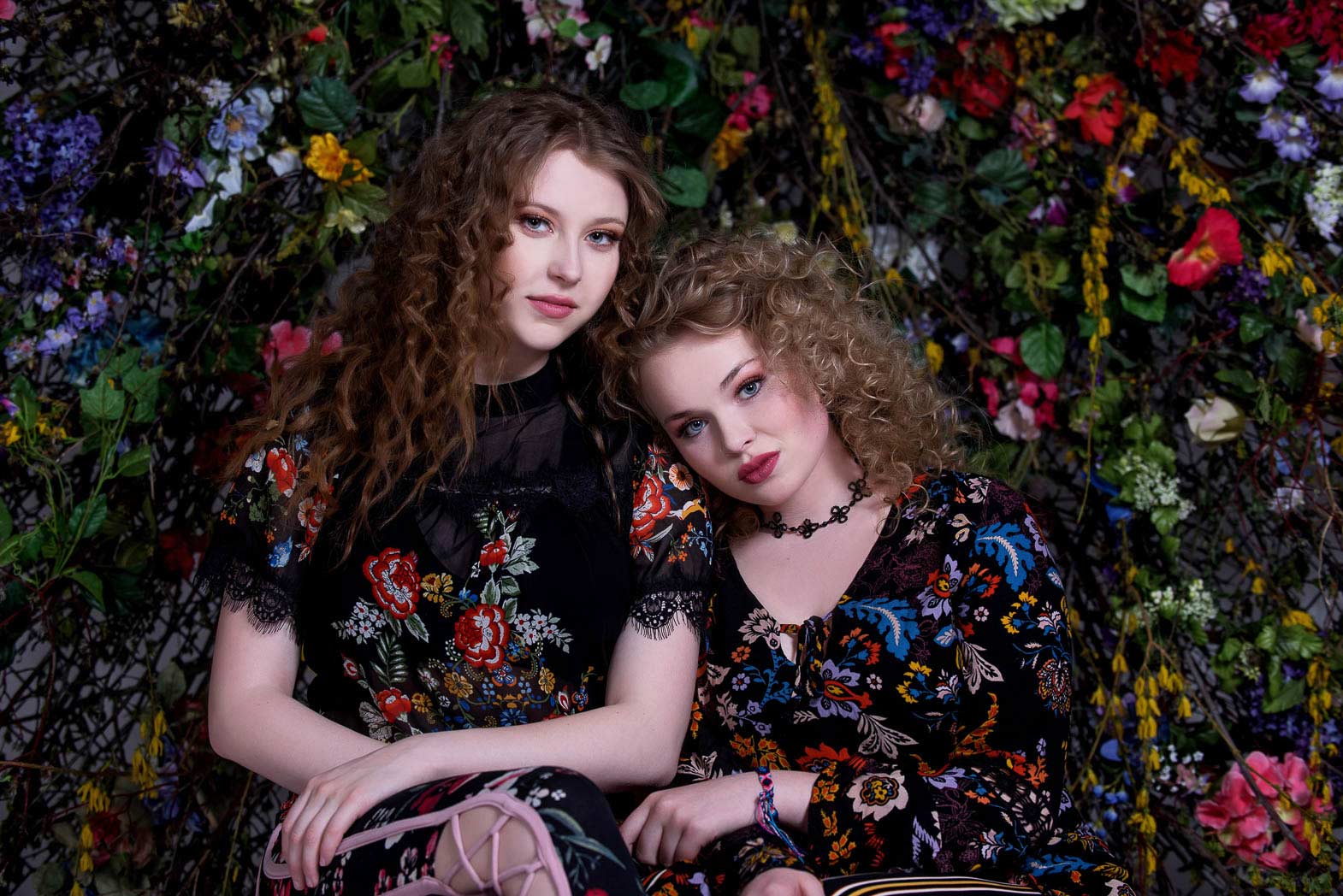 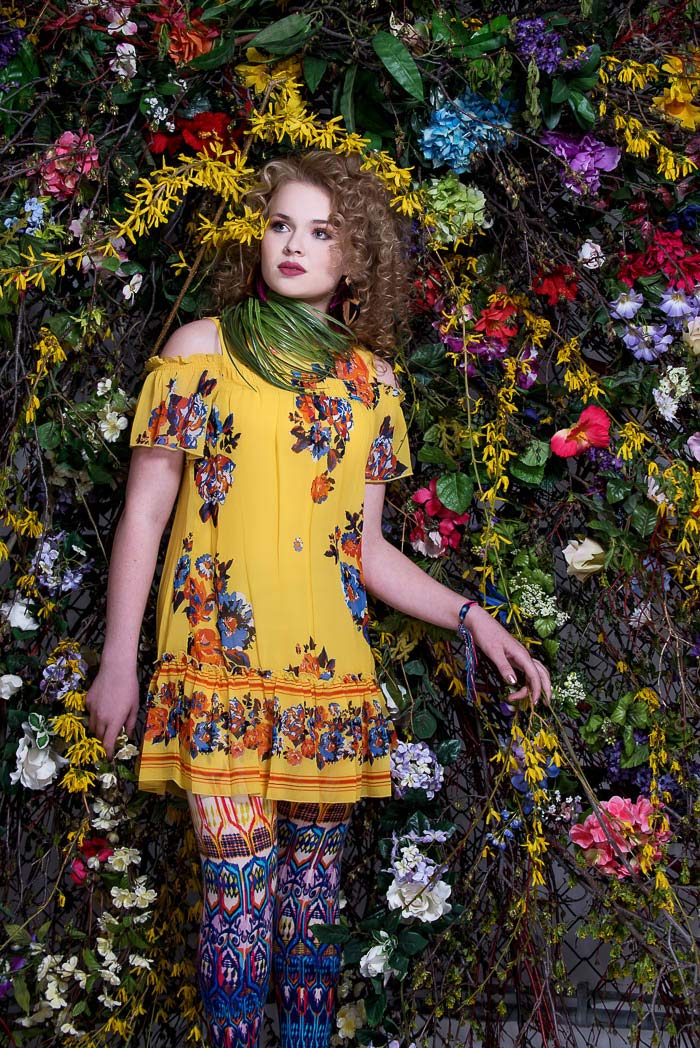 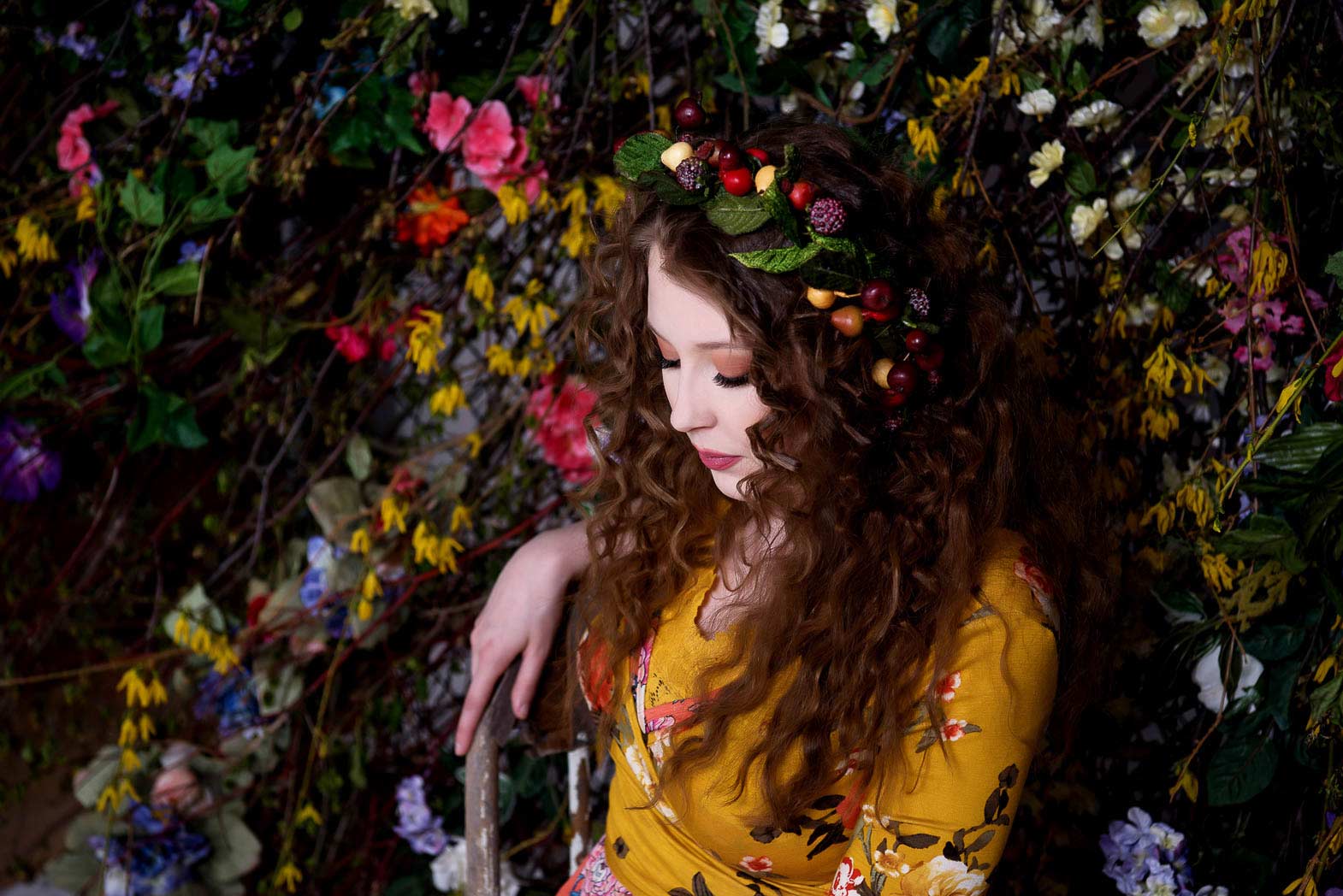 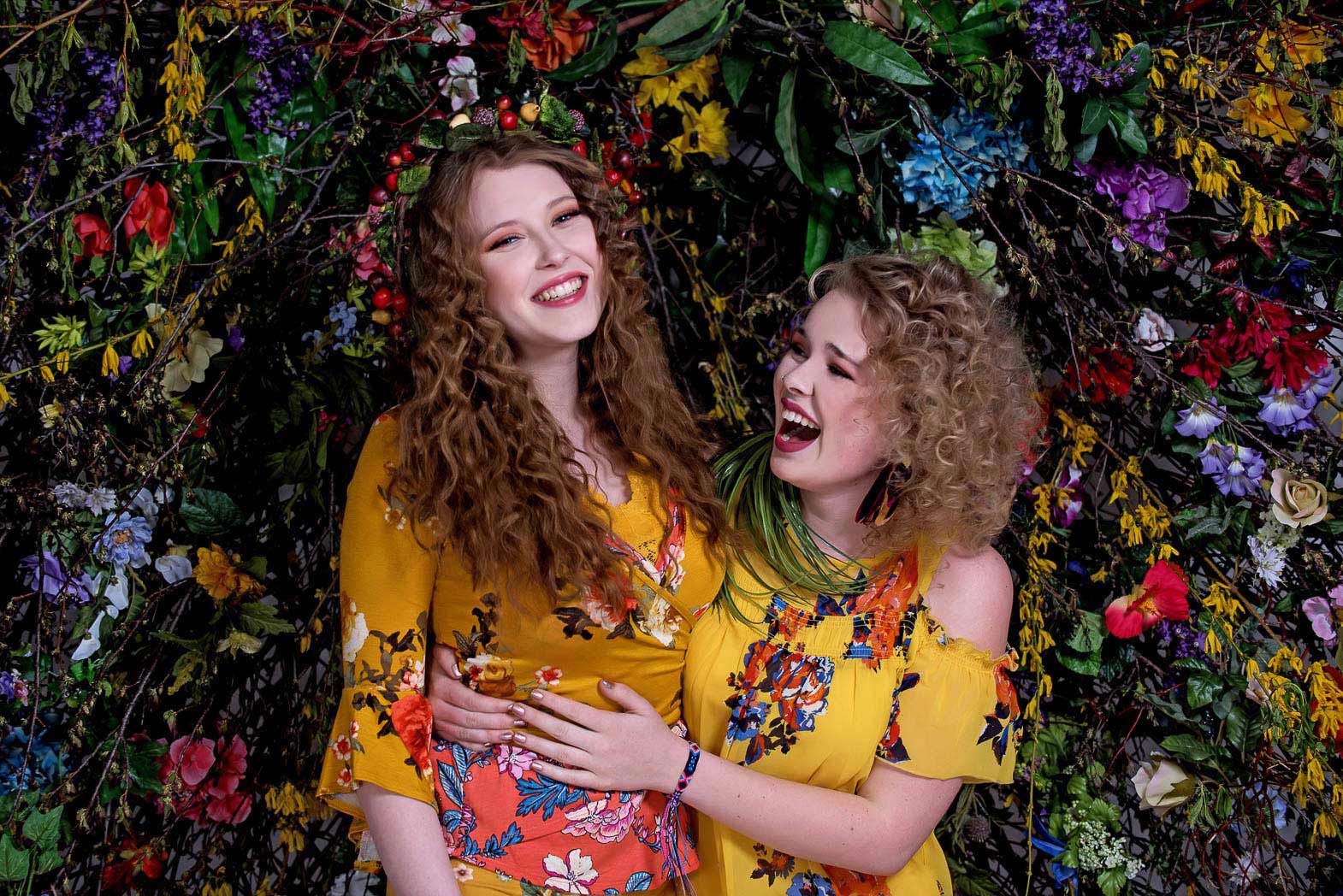 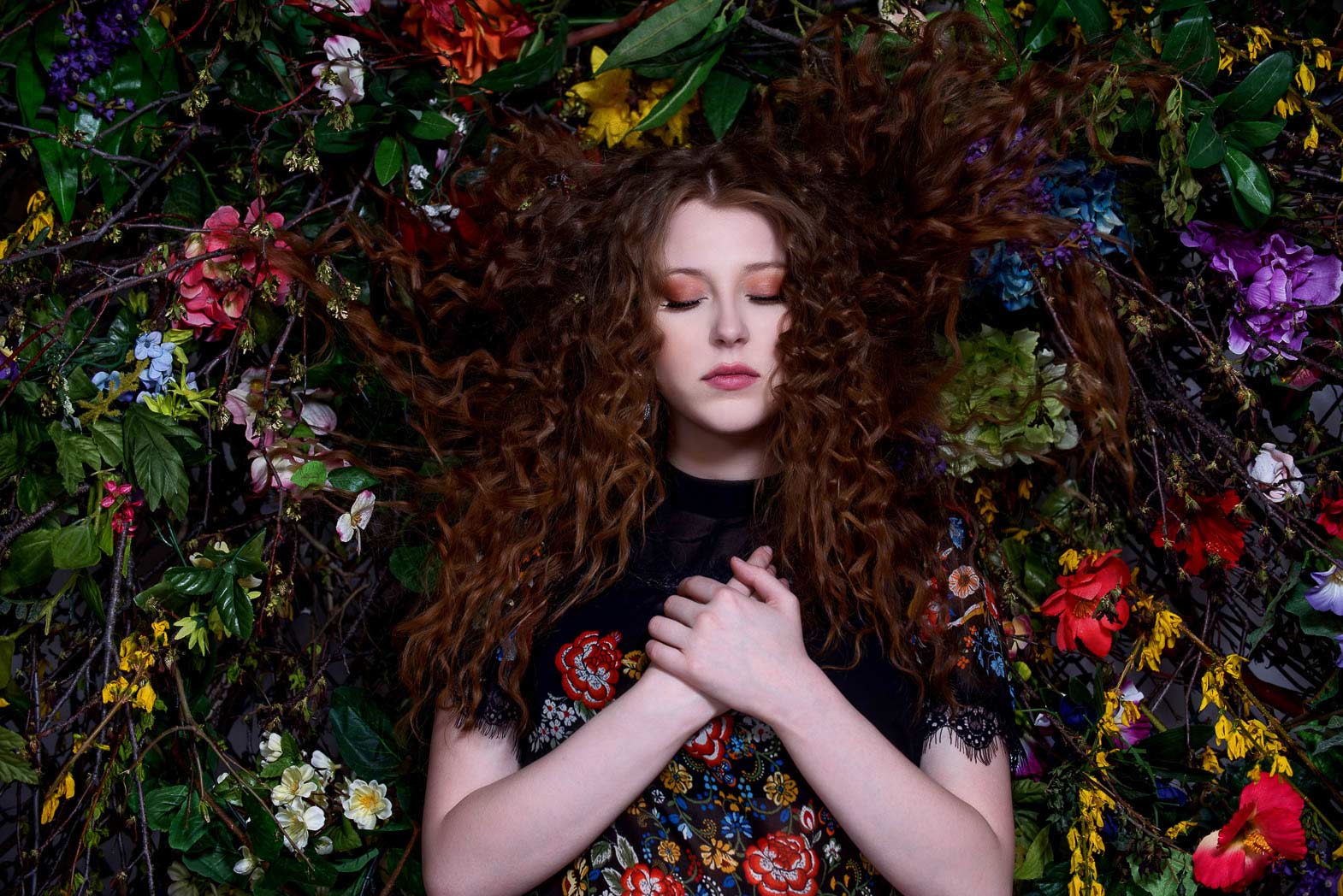 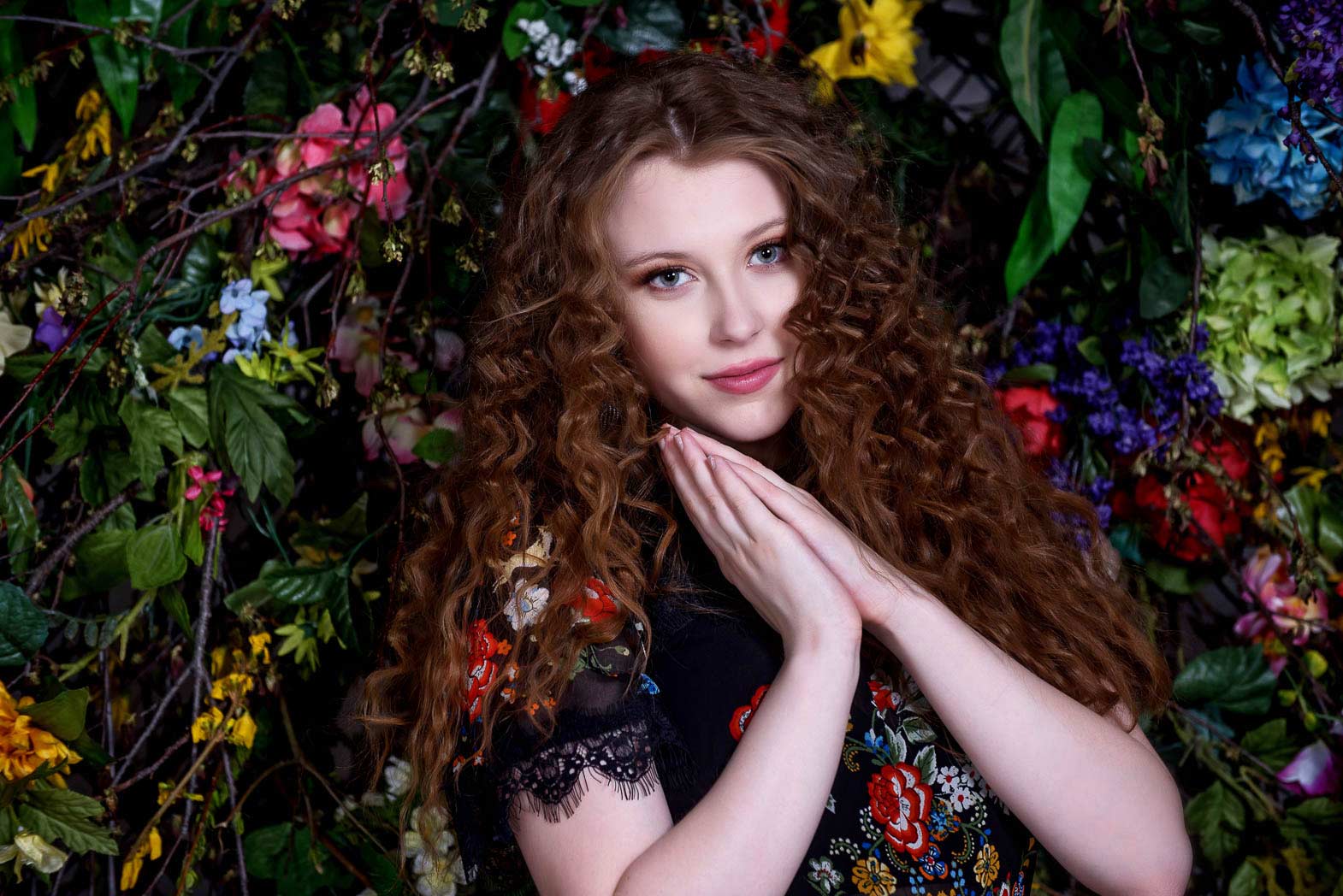 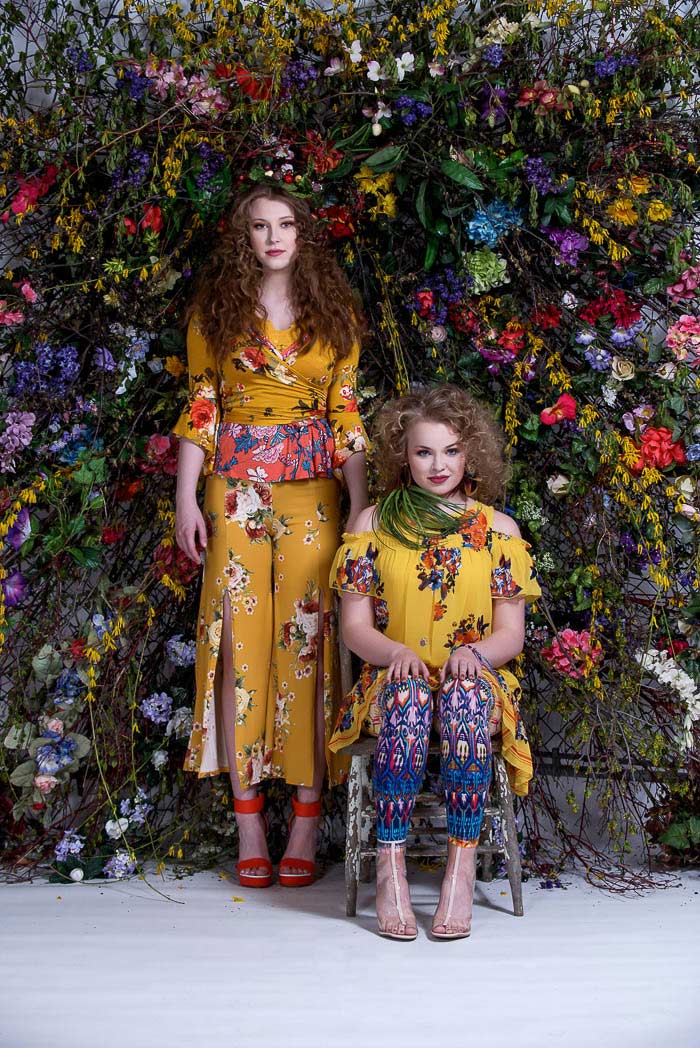 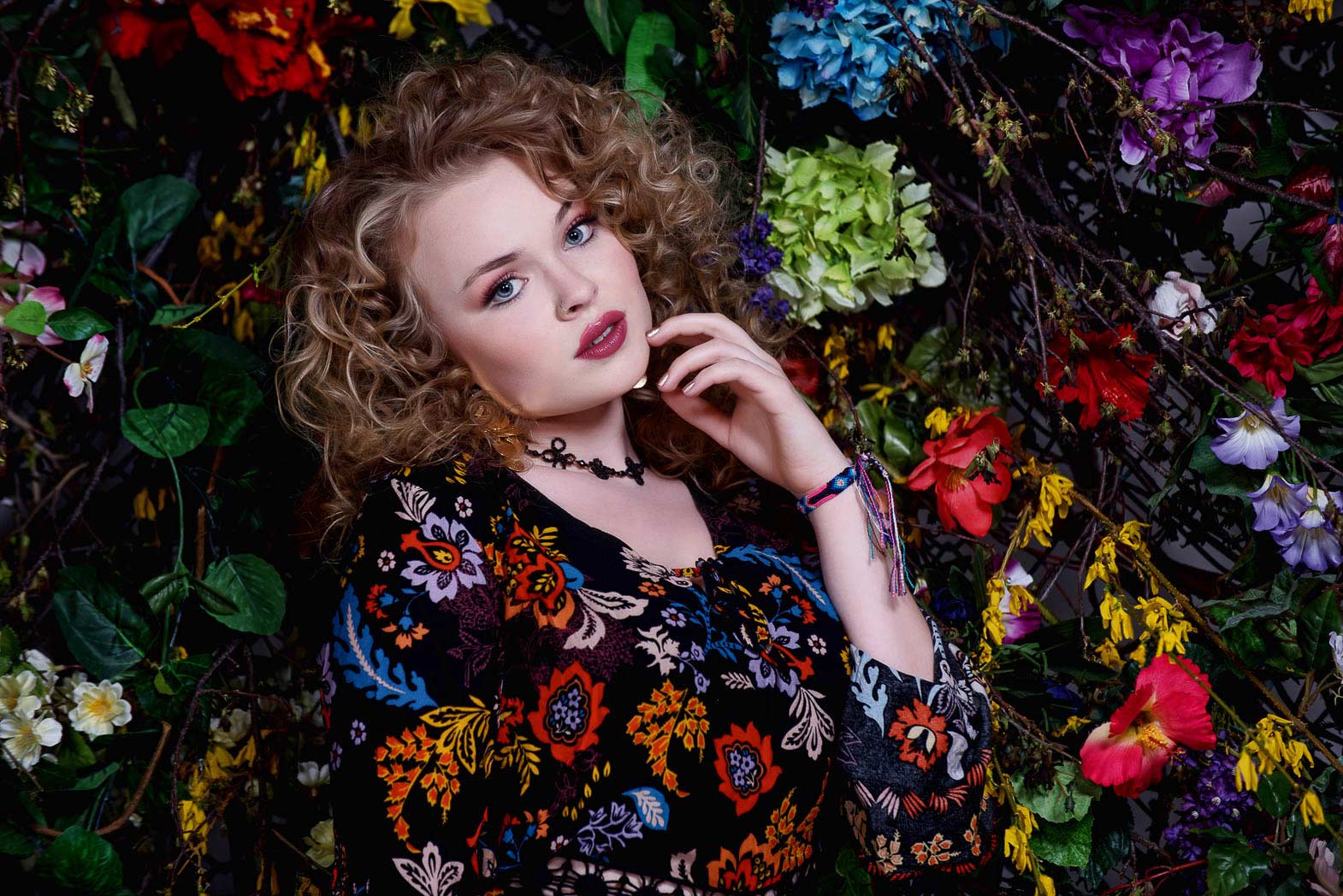 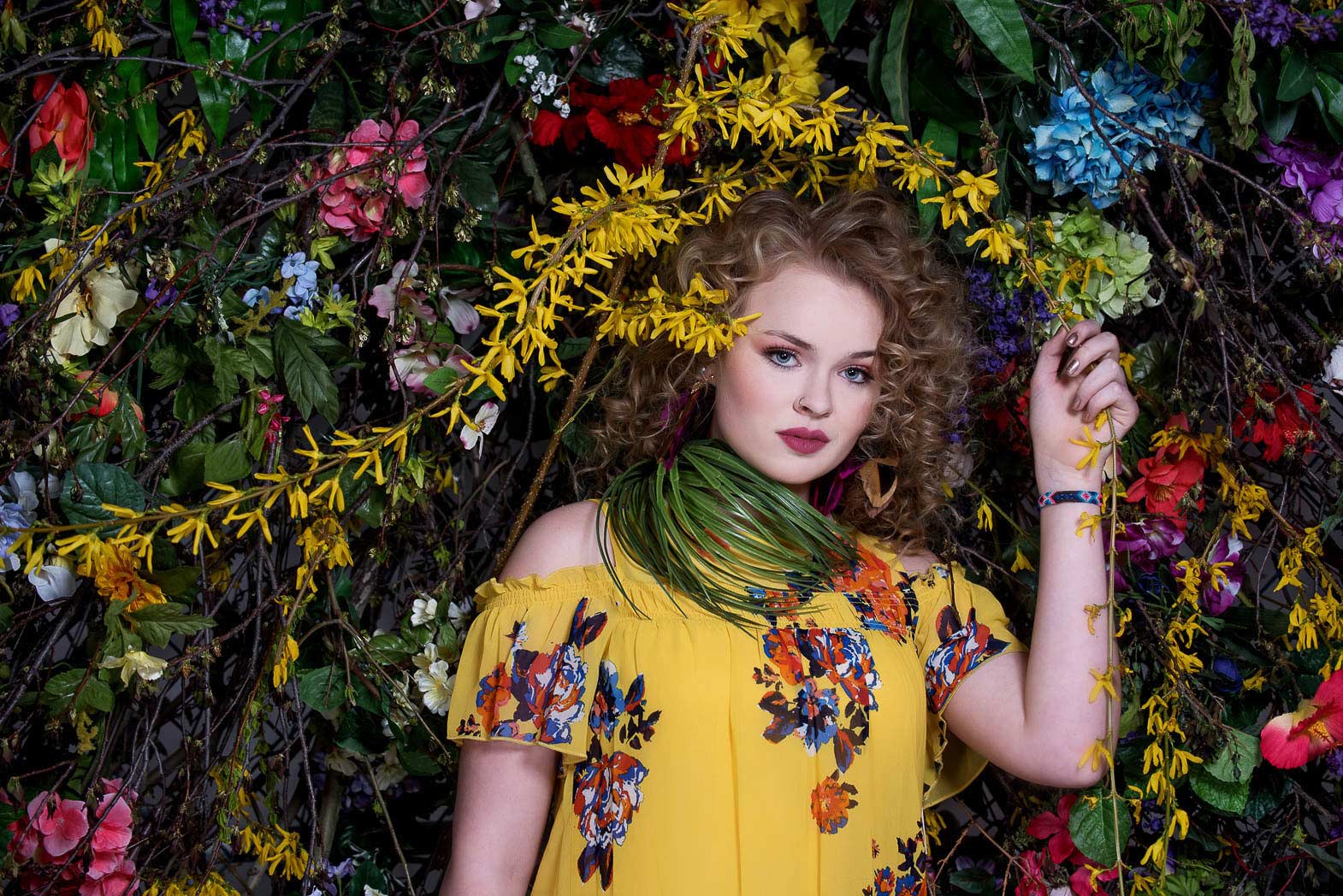 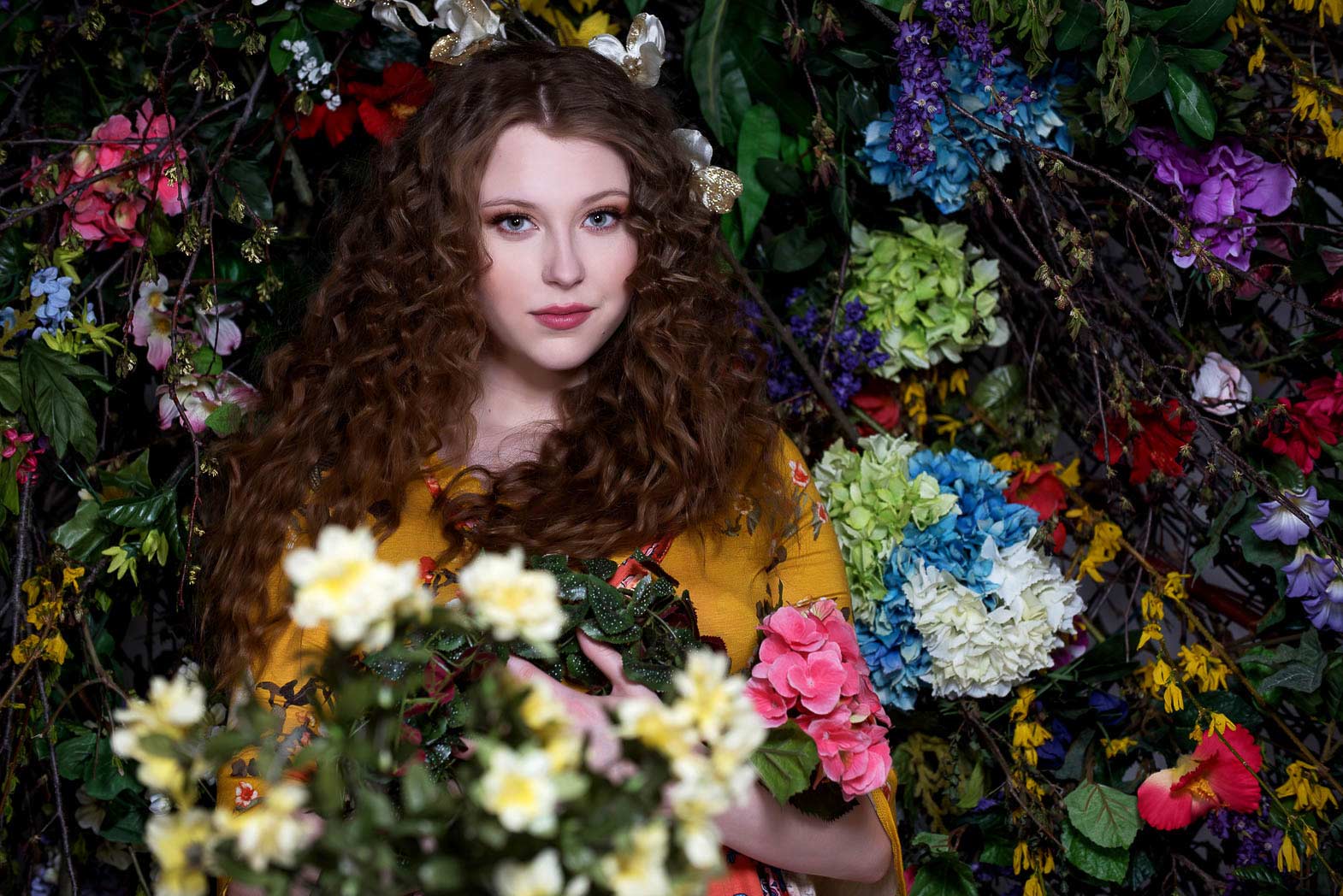 5 Tips: How to Choose a GREAT Photographer