We had been hearing about a couple of abandoned tunnels filled with graffiti that sounded like a possible background for a model shoot. However, we didn’t get too excited because graffiti can be fraught with retouching peril! Although we love the color and interest that graffiti can provide, sometimes it’s almost impossible to take advantage of the art while at the same time avoiding the worst of the inappropriate language and graphics. But, ever the optimists, we decided to go and check it out for ourselves.

The road to the tunnels had been closed for years so it took a short hike to reach them. As we started up the old, barricaded roadway, the graffiti began to appear! It decorated the road, the rocks, and the retaining walls, creating a vivid contrast to the soft desert colors of the surrounding hills. The tunnels themselves were amazing! The opening that divided the two tunnels provided a perfect light within. The art was bright, creative, and fun and we couldn’t wait to photograph there!

We decided to go with an 198Os theme for the graffiti model shoot. We had a blast pulling the clothes and reminiscing. It had definitely been a few years since we had shopped for acid washed jeans and all the other iconic eighties apparel that we piled into the studio!

On the day of the shoot, we met our senior models at Head To Toe Salon. Vanessa and Delainey did such a great job with the hair and makeup! They kept true to theme of the shoot, but still created a look that was stunning! We loved what they achieved!

Then, we went back to the studio to pull together the finishing touches on the outfits for the models. The girls were so patient with us as we laughed and joked with their moms about all our favorite looks from that era. We tied sweaters around the girls’ shoulders, pulled up their collars, and added layer upon layer of jewelry.

Amitie, Mckenzie, and Brianne were fabulous! They not only looked great, they also did a fantastic job working within all the different places in the tunnels that we chose to shoot.

Thank you again to everyone involved! We’re so grateful for everyone’s contribution to the graffiti model shoot project. It was such a fun day of getting to play and see what images would come out of it all! 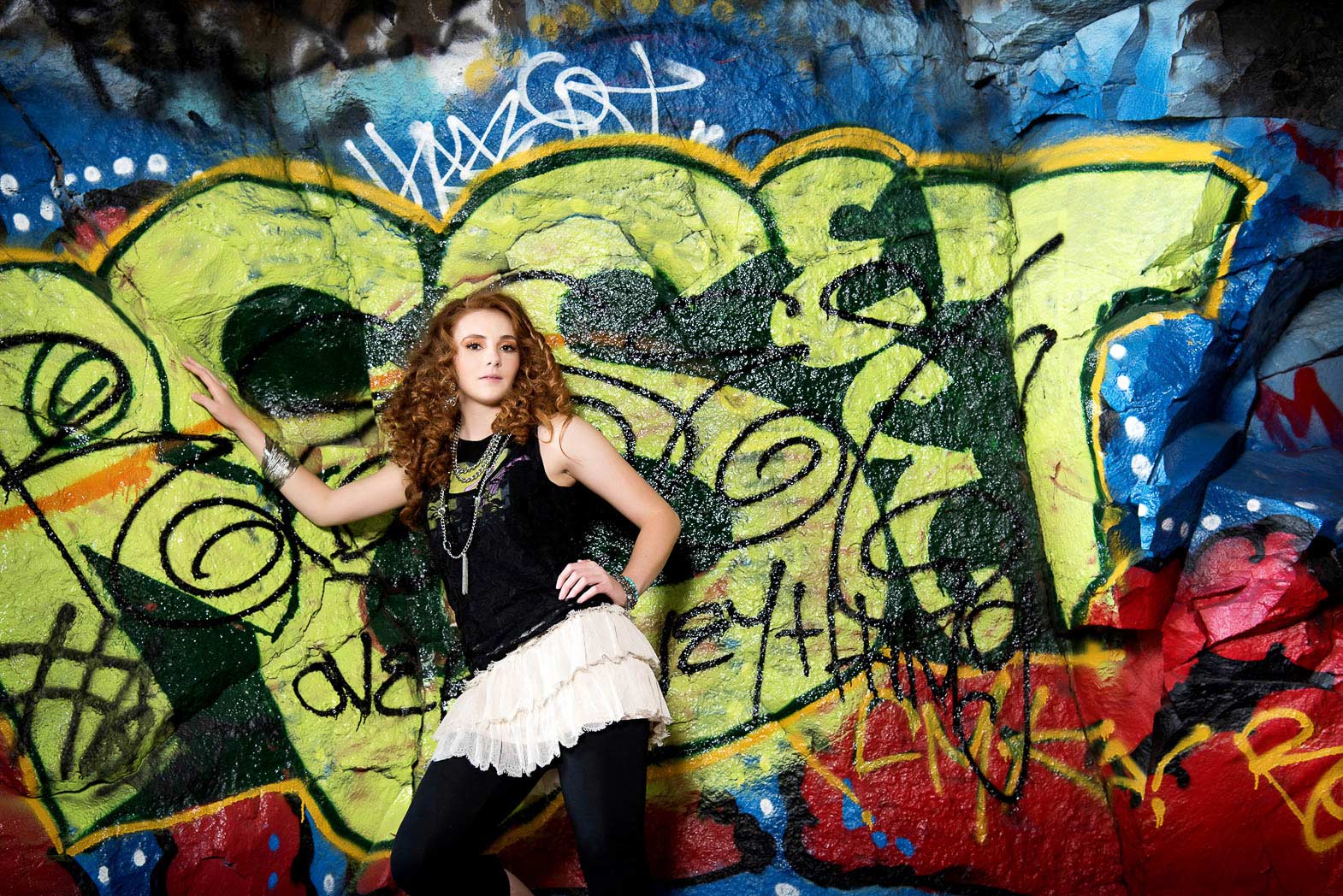 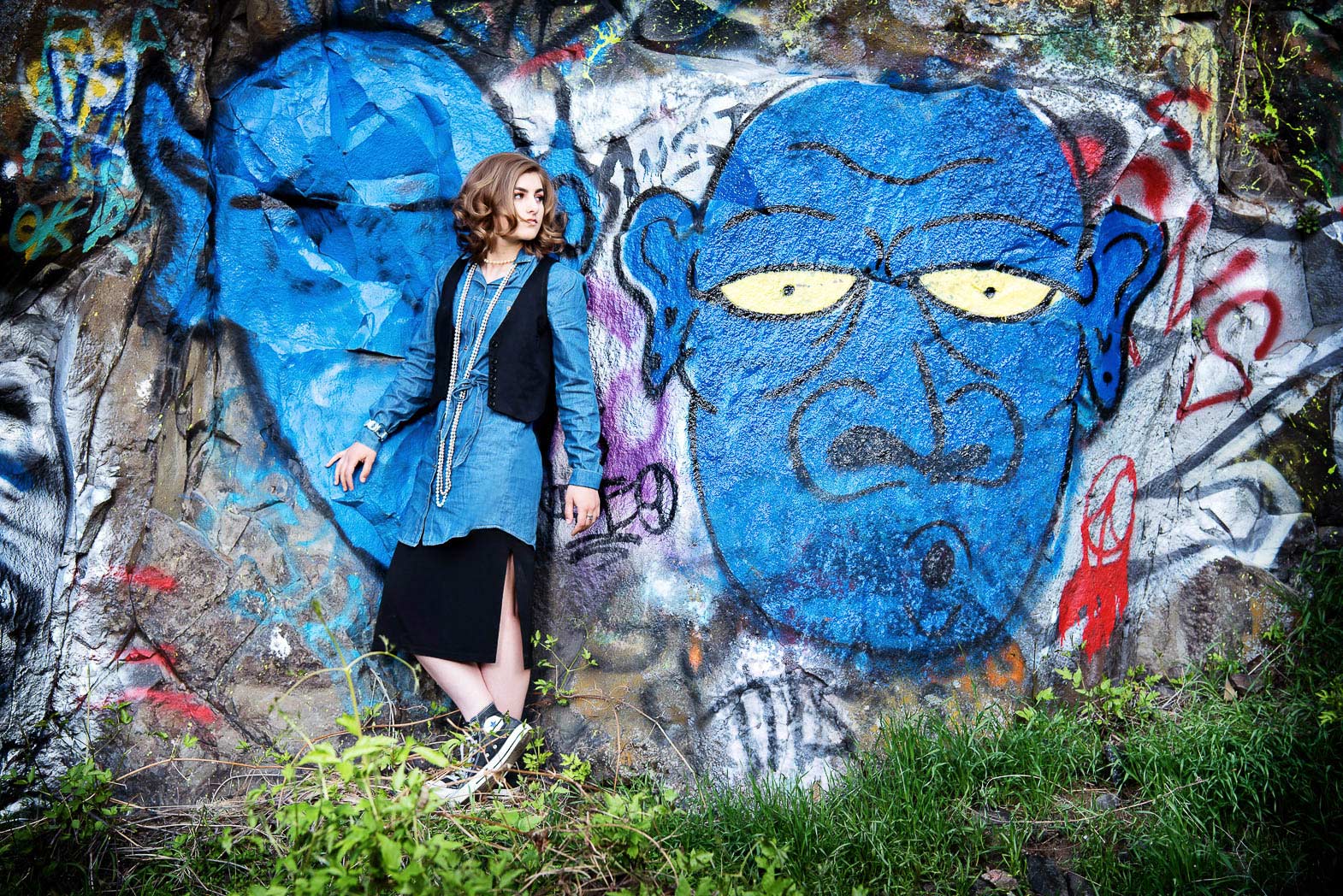 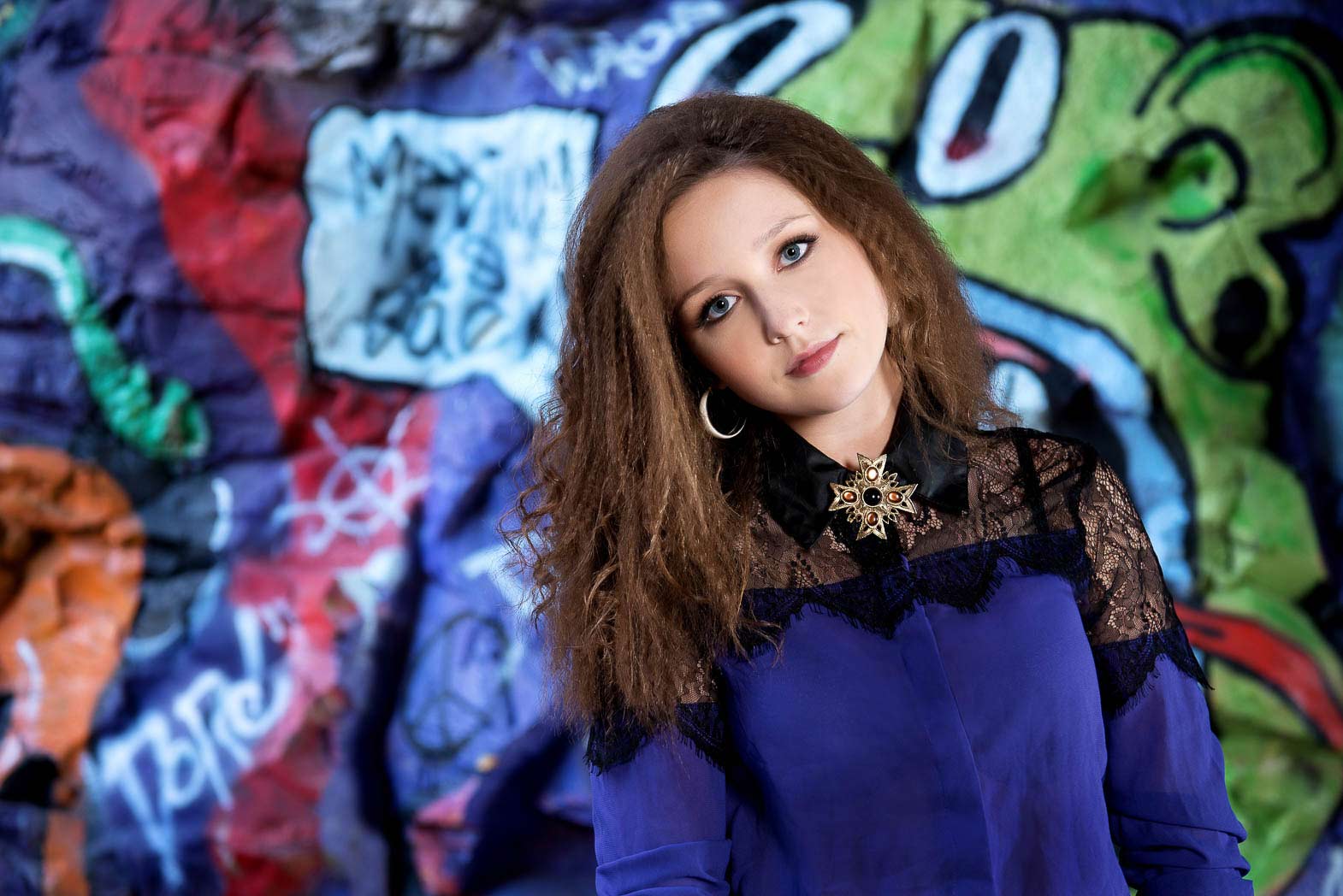 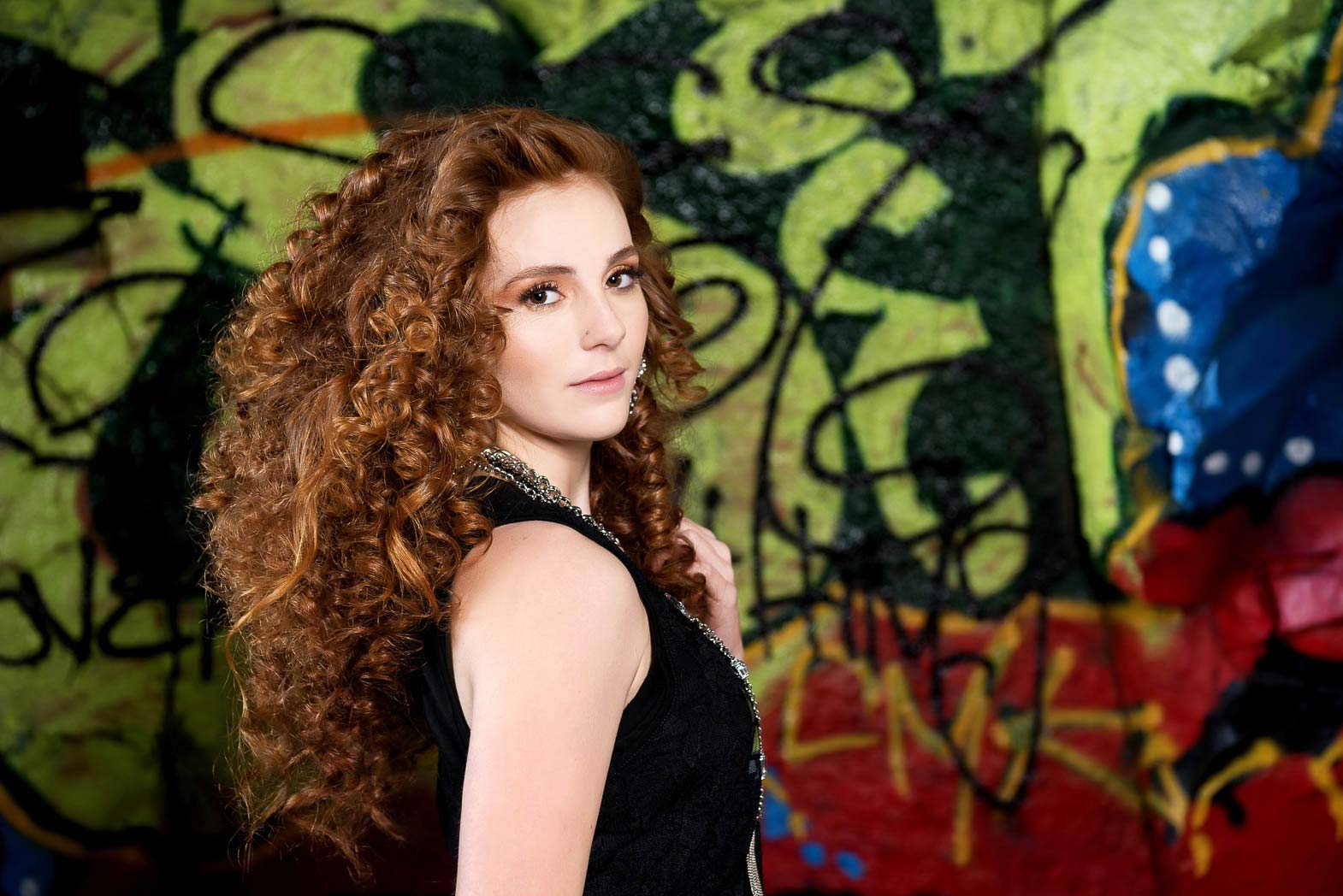 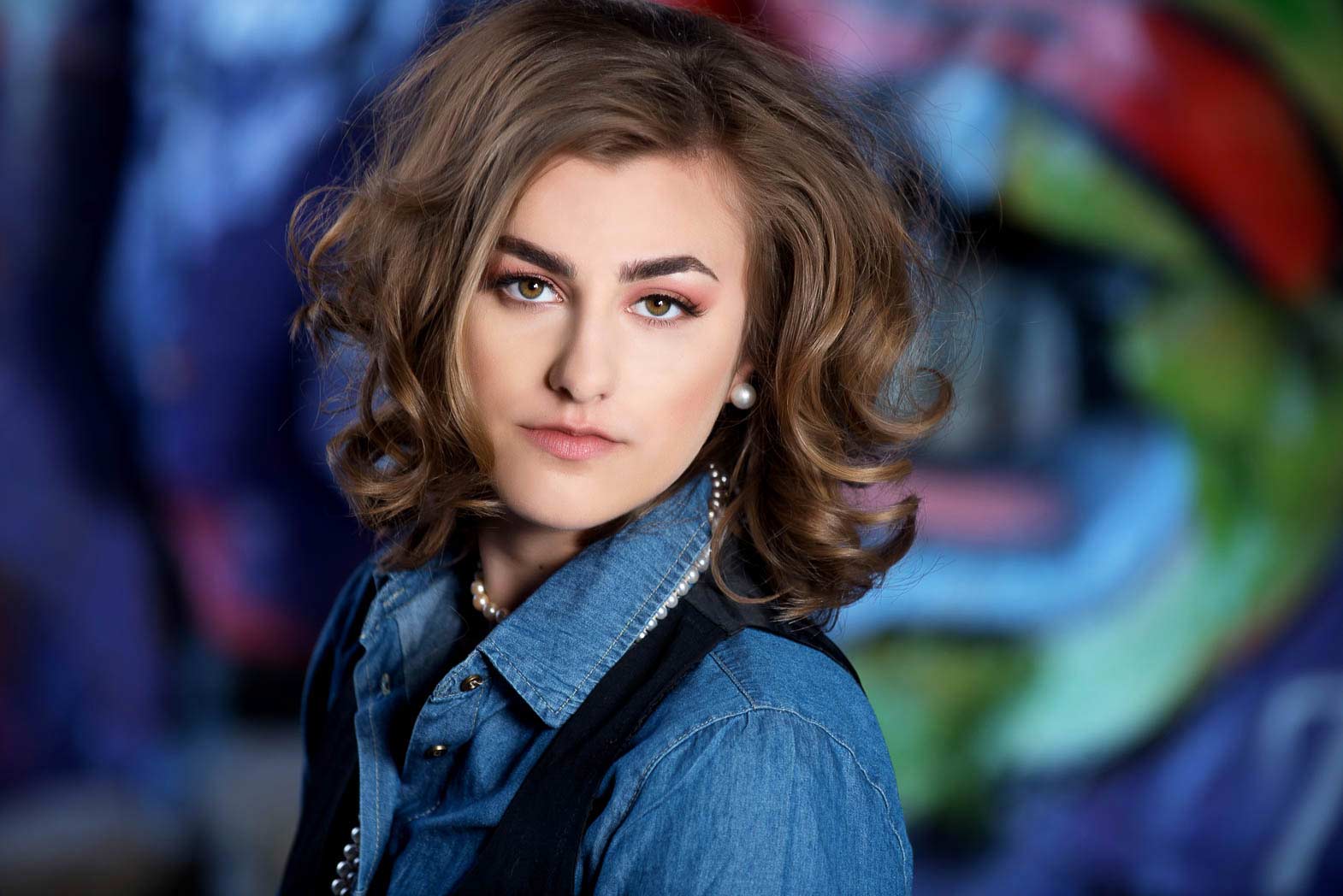 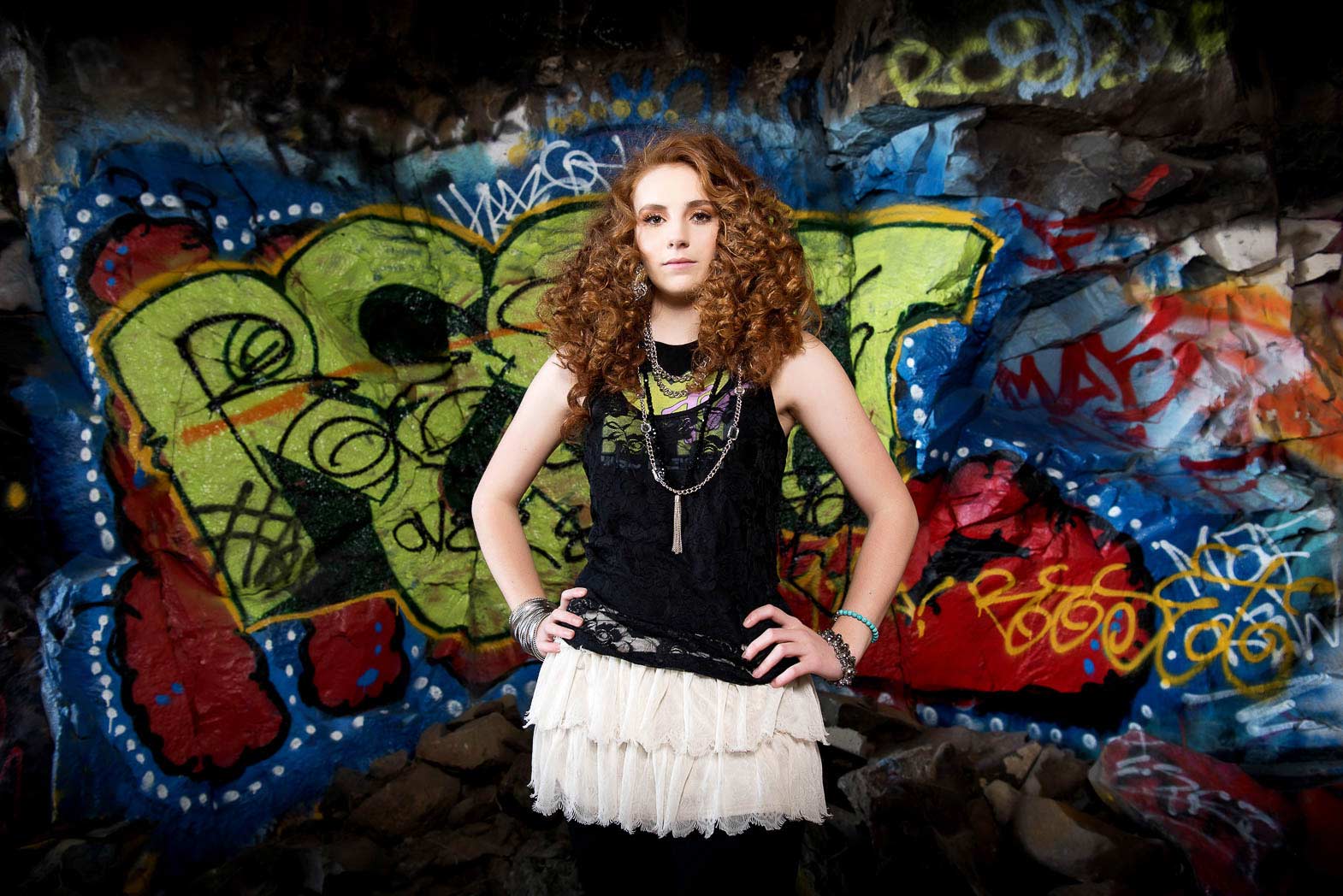 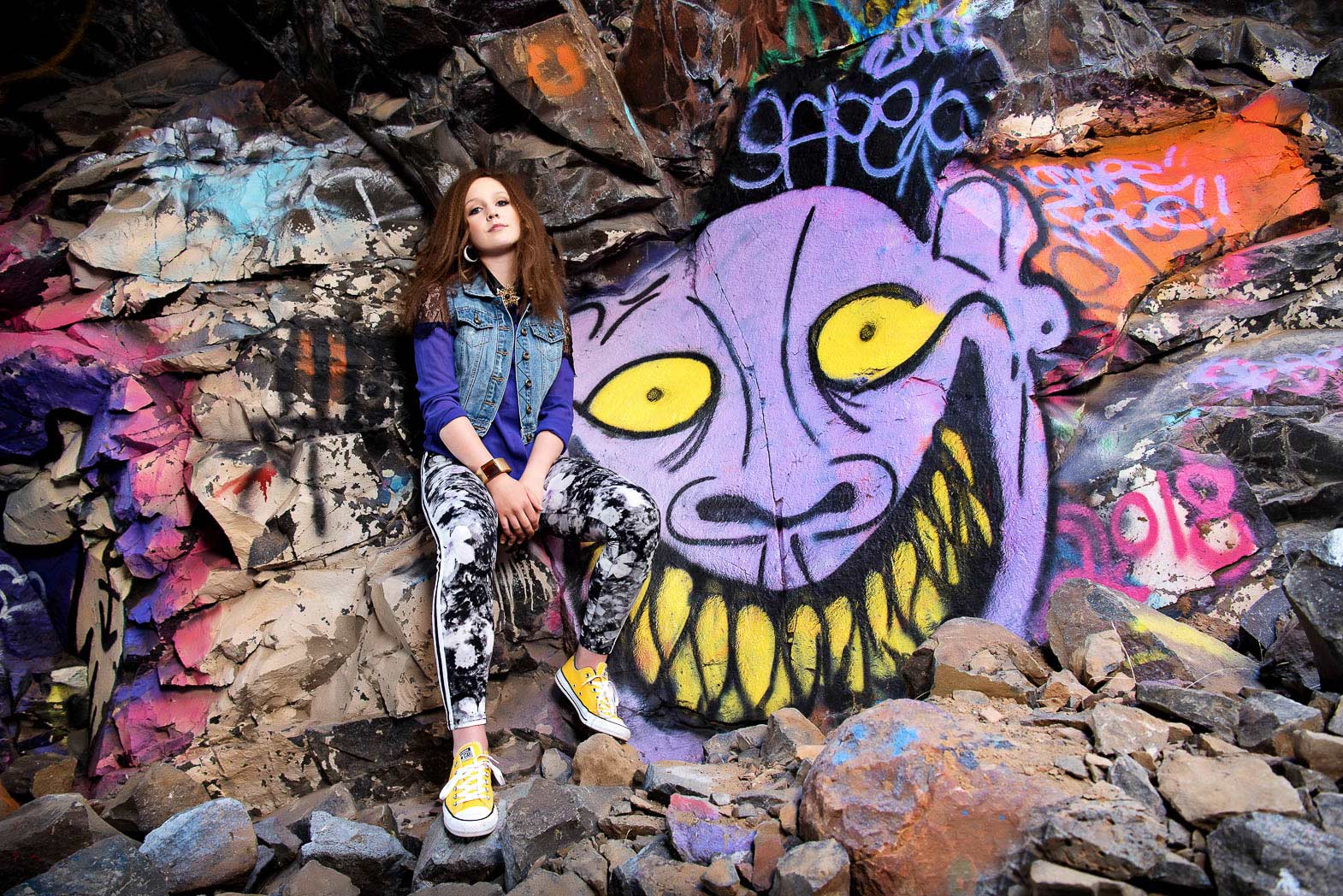 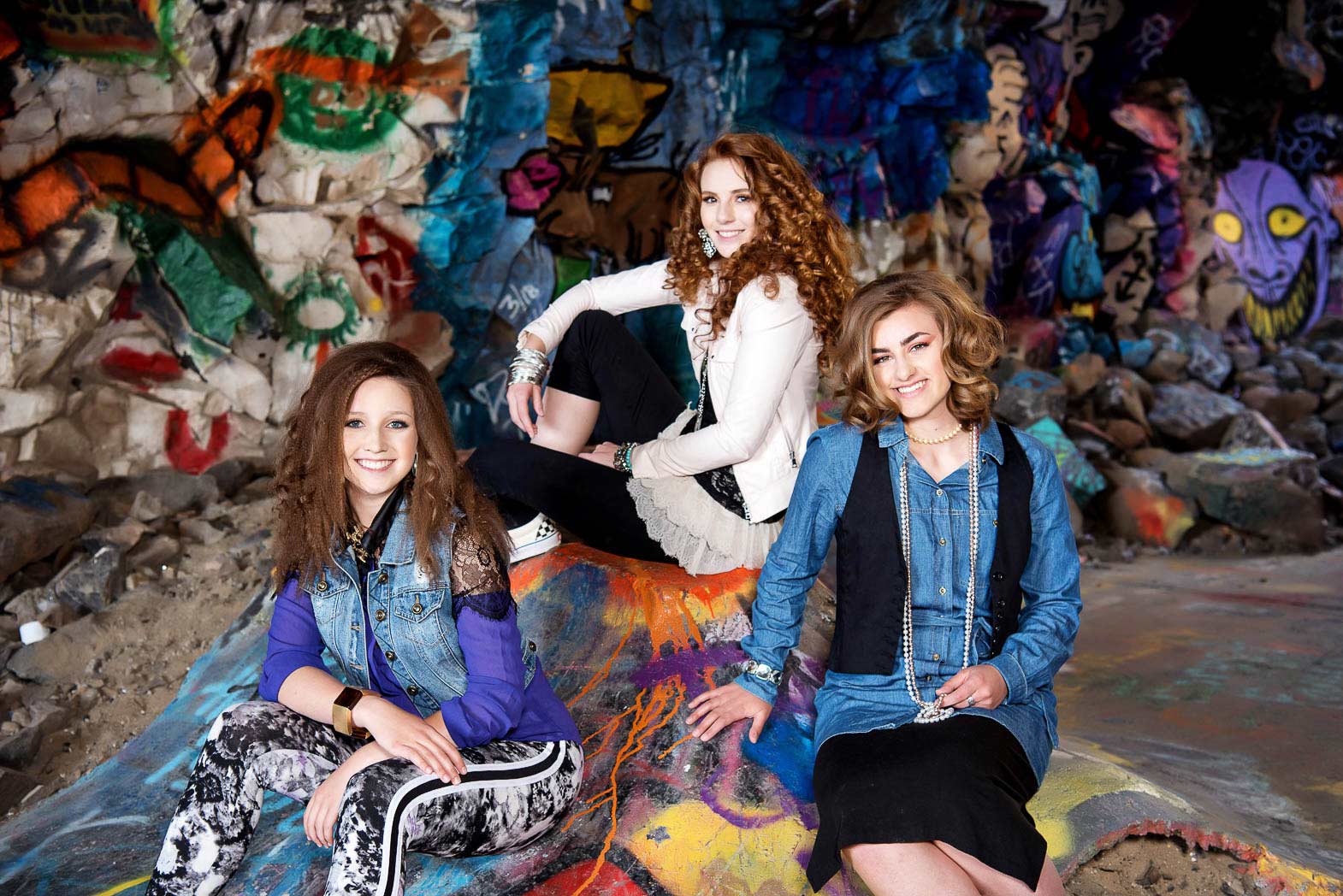 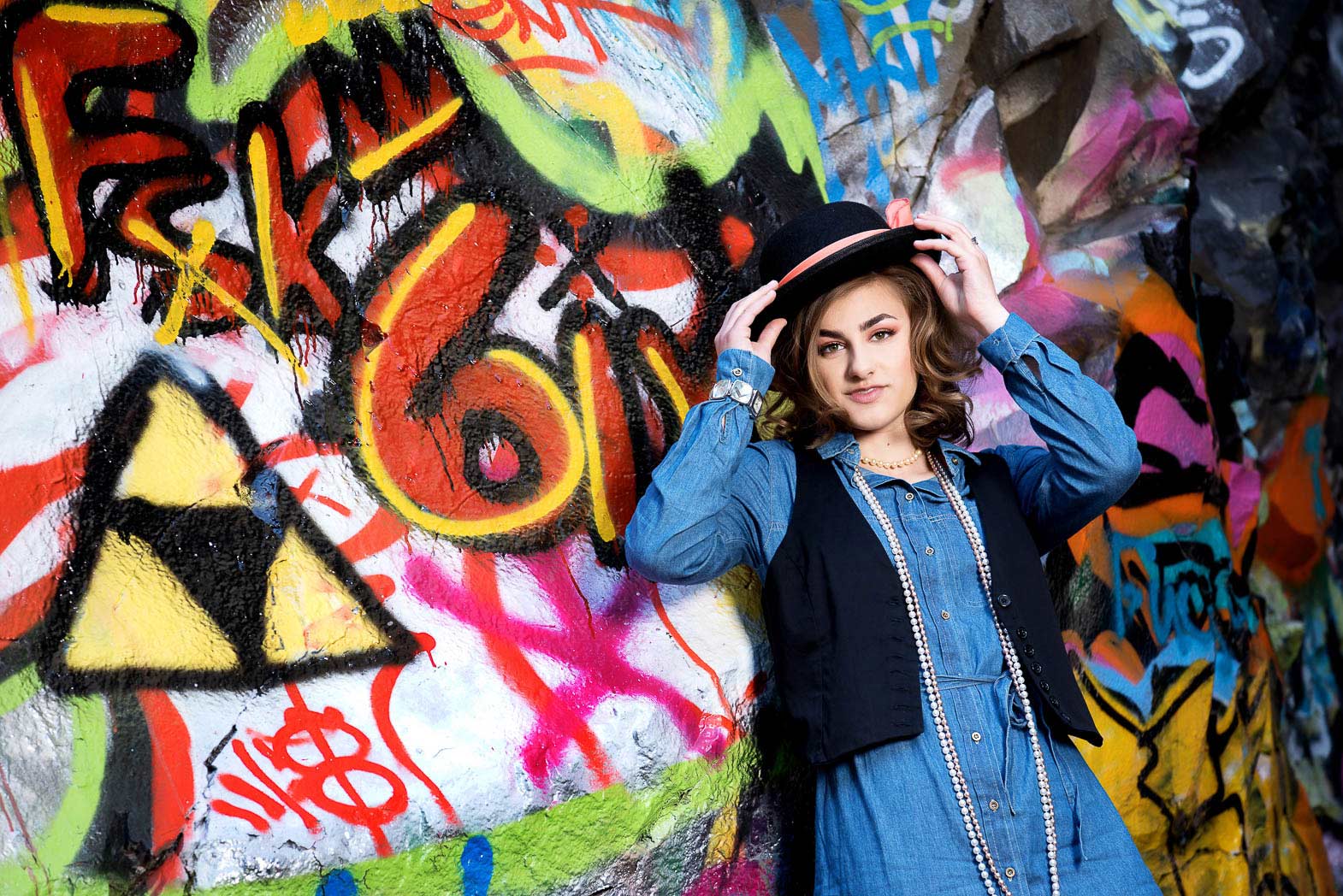